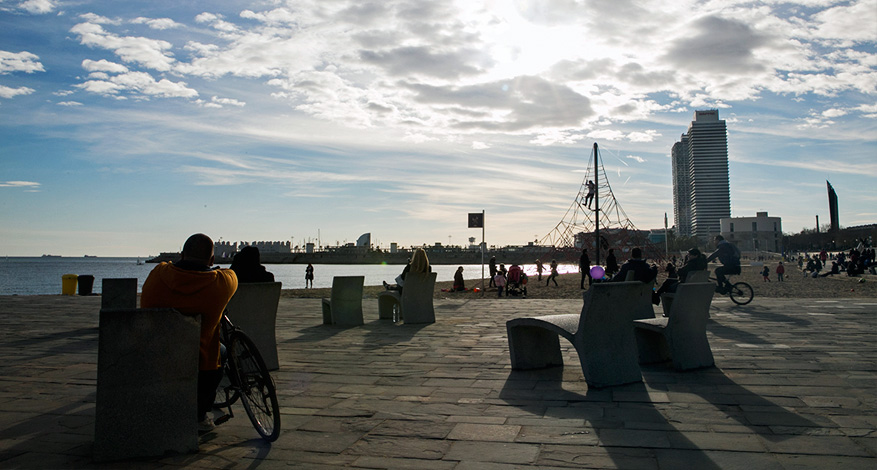 I am an EU citizen in Barcelona. What do I have to do in order to legalize my residence?

What is the NIE (Foreign Resident Identification Number) and why is it so difficult to get?

So, if you’re a European citizen, why is it so difficult to legalize your situation in Spain? Why do they require so many documents? Isn’t it your right to live here? What’s certain is that if you are a European Union citizen and you are going to reside in Barcelona for a period of more than three months, you are required to request your registration in the Central Registry of Foreign Residents. Before being able to enrol you in this registry, the administration must confirm that you meet certain requirements established by the Law. These are essentially economic requirements and the purpose is that you have to show that you won’t become a “burden” for the Spanish state. If you have non-community family members, they must request a residence card of a family member of a European Union citizen.

Directive 2004/38/EC, Royal Decree 987/2015, which amends Royal Decree 240/2007 and Law 30/1992, constitute the legal framework which regulates all matters related to the European Union Citizen Registry Certificate. In other words, they legalize the residence of the citizens of European Union Member States in Spain. The previously cited policy also applies to citizens of the States which form part of the Agreement on the European Economic Area (Iceland, Liechtenstein and Norway) and Swiss citizens.

But what is the European Union Citizen Registry Certificate?

The European Union Citizen Registry Certificate is a document which accredits that as a citizen of the Union you have enrolled in the Central Registry of Foreign Residents and that this enrolment has been carried out by fulfilling the legal requirements, awarding you the right to reside and work in Spain. When carrying out the enrolment, you will be assigned a NIE (Foreign Resident Identification Number) and you will be provided a card, which you must keep. As we mentioned before, we’re speaking of a mandatory process for all EU Community citizens who intend to remain in Spain for a period of more than three months. All the citizens of the Union who reside in Spain shall enjoy equality of treatment compared with Spanish citizens, as long as they have enrolled in the Central Registry of Foreign Residents.

Although this is a process that in theory should be simple, in reality it ends up being very tedious. The administration is very demanding with the requirements. You must present several types of documentation, depending on the nationality and economic and working situation of each person.

In order to process the Enrolment in the Central Registry of Foreign Residents in Barcelona, you must go to the National Police Headquarters located on Rambla Guipúzcoa 74. It is important to keep in mind that an appointment is required. If you go without an appointment, they will not attend to you. Getting the appointment is not an easy process. The appointments are only made available on specific days and times in the electronic headquarters of the public administrations and you can spend a lot of time only to get the response “there are no appointments available, please try later“. Therefore, it’s advisable to entrust Murlà & Contreras Advocats to take care of this process, as we have access to the days and times when the appointments for each particular process are made available. If you need your NIE urgently, because, for example, you have to begin working next week, just with the help and advice of the team in Murlà & Contreras Advocats, you can get it.

After scheduling the appointment, you must provide the documentation that you have the economic means to reside in Spain, according to your personal situation:

We here in Murlà & Contreras Advocats will advise you on the documents that you must present; we will tell you what is meant by “sufficient resources” and the type of insurance that they will require from you to award you the NIE or the European Union Citizen Registry Certificate. Once you present the pertinent documentation, the Certificate will be provided to you during the process, if the application meets the requirements. The price to process this application with us starts from 200 Euros.

A very important issue, which many European citizens are unaware of, is that once you have legally resided in Spain for a continual period of 5 years, you must request a European Union Citizen Permanent Registration Certificate. This certificate will give you the right to reside and work in Spain for a period of ten years.

You must keep in mind that if you provide documents from other countries, you must include their corresponding legalization through the Spanish Consulate Office with jurisdiction in the place that the document is issued or, otherwise, through the Ministry of Foreign Affairs and Cooperation. As an exception, this will not be necessary in the case that the document bears the Apostille from the competent authority of the issuing country, in accordance with the Hague Convention of 5 October 1961. You must also present a sworn translation in Catalan or Castilian Spanish, the two joint official languages in Barcelona. We here in Murlà & Contreras Advocats collaborate with sworn translators.